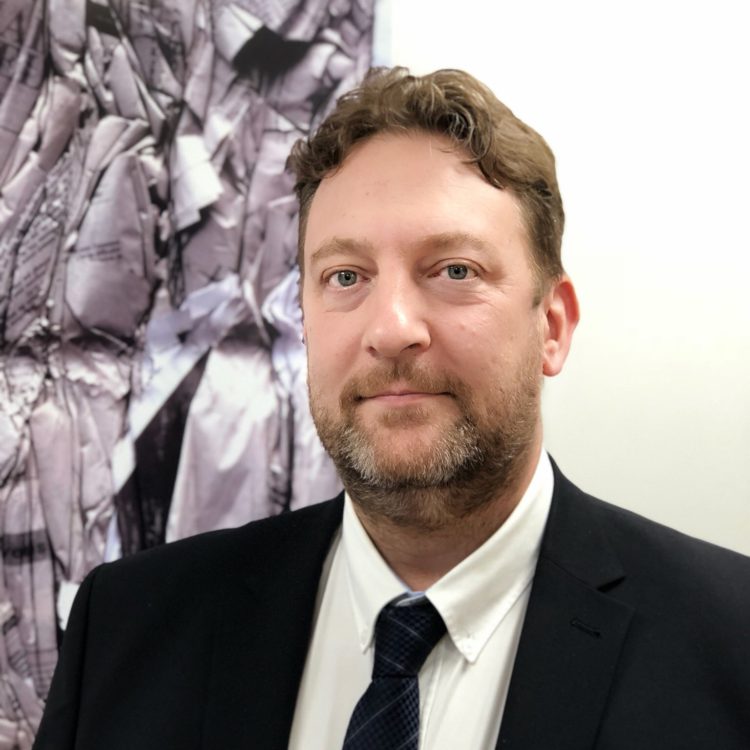 Born in 1973, Joël started in the recycling industry in 1997 at SFEDP (PAPREC group), a trading company focused on the re-use of declawed paper in the southern Parisian region. In April 1998, he joined the recently created subsidiary of SOULIER group, European Paper Recycling E.P.R., a team dedicated to developing recycled raw materials trading. Initially based in the Parisian region, Joël moved in 2003 to the South of France and took over the Montpellier office. In 2008, he joined CMP as a trader; in 2011 he was appointed Commercial Director. Meanwhile, Joel has always been interested in professional organizations and so, in 2011, he became administrator of FEDEREC, the French reycling business association, in the Paper and Cardboard branch. He was re-elected in 2014. When he is not negotiating with our customers, Joël, as a fine Gourmet, never hesitates to share with the team his latest top notch addresses.