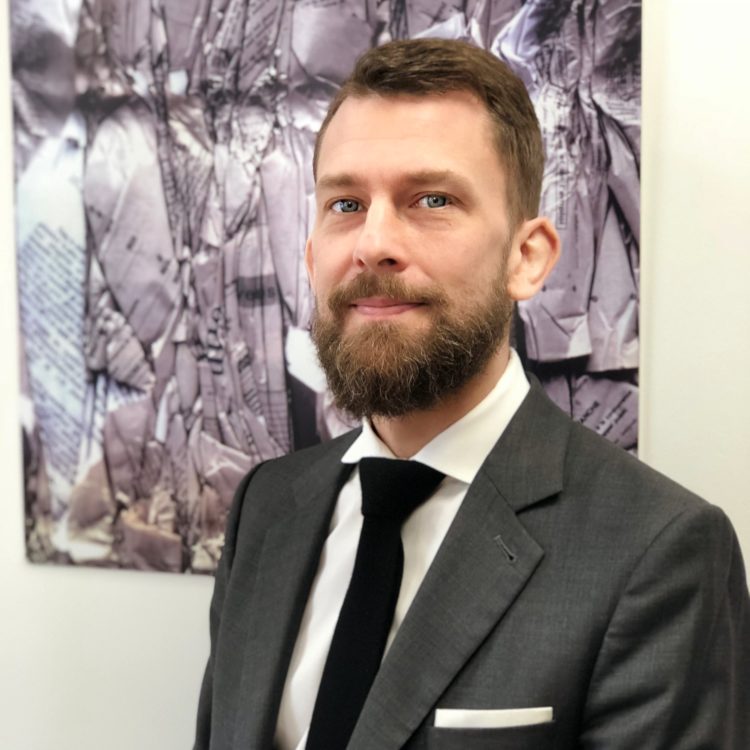 Born in 1978, Nicolas, started in 1999 in the recycling industry as logistic charterer at SOULIER (which later became Veolia Environmental Services France). In 2000, he continued as a charterer but within the group’s recycled materials trading subsidiary (European Paper Recycling (E.P.R)), and took over as head of the logistics department in 2002.

In 2004, he becomes the head of the logistics department of the SOULIER group where he also oversaw the documentation team and the tracking of Chinese AQSIQ licenses for the Group and its branches in Spain, Italy and Germany.
In 2006, he became head of international logistics for Veolia Environmental Services France and the various foreign structures of Veolia Recycling group.
In 2008, he joined CMP as a Deputy and Financial Director and was appointed Chief Executive Officer in 2012.
When Nicolas is not studying financial reports, he is on the tatami mats where he assiduously practices Brazilian Jiu Jitsu. He particularly appreciates Lapsang Souchon tea.